There are three rules for writing Roman numerals:

Romans and subsequent users were not as strict about how to write numbers. You may see cases where these rules were not strictly followed. However, today Roman numerals will almost always follow these rules.

Knowing Roman numerals is a great skill to have. Although they are not widely used today you never know when it might come in handy.

In Roman numerals you cannot repeat a symbol more than three consecutive times. As a result, there is a limit to how big of a number you can write. The largest Roman numeral is MMMCMXCIX which is 3,999.

The system of adding a line above Roman numerals is called vinculum. The vinculum system is the most common way to write large Roman numerals today; however it is not the only way. The rules of Roman numerals change just as grammar and language change over time.

Roman numerals were invented to aid in record keeping. They were used on receipts to keep track of payments and deliveries. As a result, the Romans did not invent a symbol for zero or negative numbers.

Instead of zero, the Romans used the Latin word nulla, meaning "none." Eventually nulla was abbreviated with the letter N. Because of these limitations, Roman numerals were eventually replaced by the number system we use today.

The Romans preferred to use twelfths instead of tenths as we more commonly use today. This is because twelve is dividable by more numbers than ten. The Roman's use of twelfths is also why there are 12 inches are in a foot.

Roman numerals were first used around 900 B.C (3,000 years ago). They were used widely throughout the Middle Ages. By around the 1500's, Roman numerals began to be replaced by the Arabic numeral system we use today.

The origin of Roman numerals is debated. Some scholars believe Roman numerals developed from a simpler form of tallying. Others contend Roman numerals were developed based on hand signals. I, II, III, and IIII look like fingers and V (5) looks like the thumb and pointer finger.

Roman numerals are commonly used on clock faces. One interesting note is that clocks often use IIII for four rather than IV. 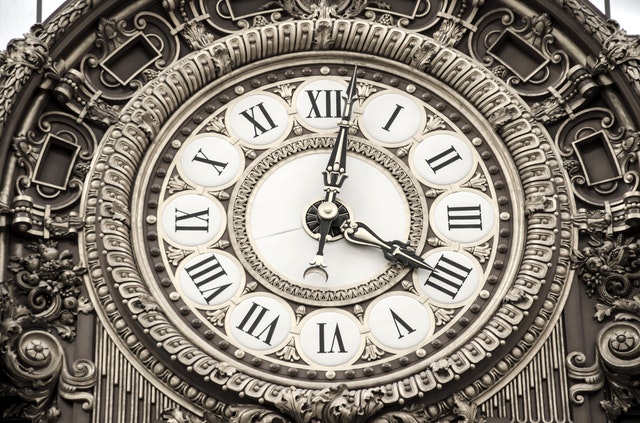 Roman numerals written on the Admiralty Arch in London indicate when the building was constructed. The Latin phrase on the building translates to In the tenth year of King Edward VII, to Queen Victoria, from most grateful citizens, 1910. Interestingly, the year 1910 is written in Roman numerals as MDCCCCX. A keen observer will notice that C is repeated four times. The more common way to write 1910 in Roman numerals is MCMX. 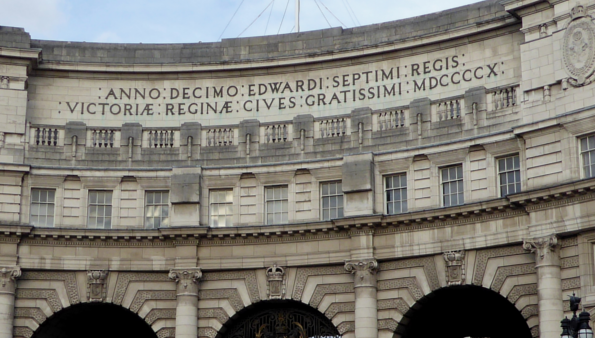 Looking for more? We have you covered! You may also be interested in:

Help improve this page! If you have any questions, comments or suggestions we would love to hear from you. Please contact us.